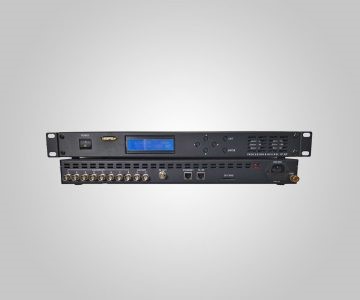 The processor is a multifunctional device for digital television broadcasting over cable networks. Solves most of the technical problems faced by the cable operator in the formation of the head station.

Processor generates in the group spectrum up to 4 packages of programs in DVB - C format ( in the range of 36-900 MHz range of frequencies broadcast in the cable network) with an output of 1 RF connector.