26. The transcoder is re-multiplexer from MPEG2 format to MPEG4 format 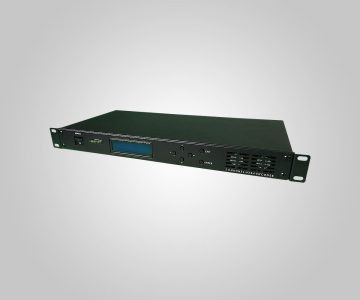 This product combines 2 functions-an MPEG4/MPEG2 encoder with HDMI,SDI, CVBS inputs, and a transcoder 1 program in the transport stream.

The choice of one of the 2 functions is carried out by a simple switch in the control program, which can be done by the user himself.

Encoder-transcoder is designed to encode (transcode) one program selected by the user. Transcoding (encoding) can be carried out both from MPEG2 to MPEG4/AVC and from MPEG4/AVC to MPEG2.

The peculiarity of the encoder (transcoder) is the ability to receive at the output of ASI and IP streams consisting of 2 channels, transcoded (encoded) program. One channel with HD or SD resolution and the other with low resolution 320x240 or 320x180. This allows you to simultaneously use the second channel to broadcast to mobile devices or the Internet.